Why Ruby on Rails is the Perfect framework for your startup?

Ruby on Rails (RoR) is one of the most popular web frameworks because it enables developers to write structured and elegant codes to create miscellaneous websites. Building apps using Ruby on Rails is all about writing less but efficient solution/codes.

Did you know that many of your favorite companies like GitHub, Netflix, 500px, Basecamp, Slideshare, Dribbble, Airbnb, Fiverr and many more have chosen to develop their apps with Ruby on Rails? It’s no surprise they are so successful. 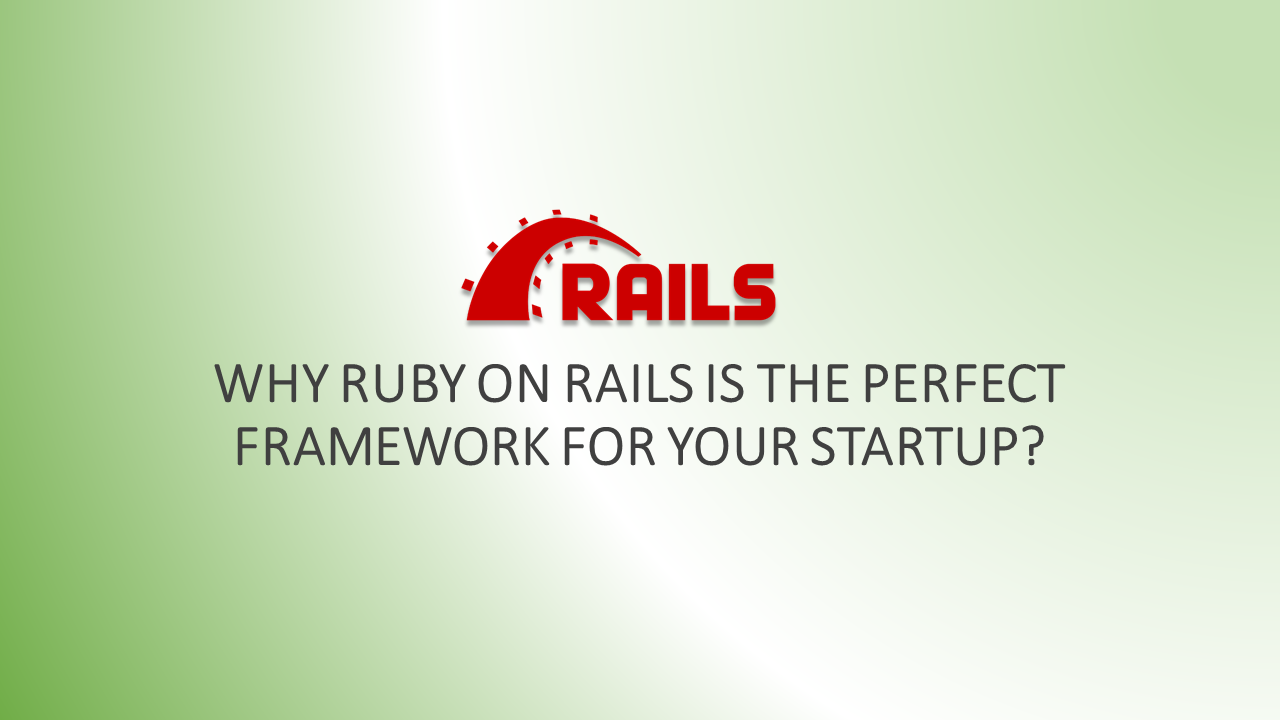 Of all the available technologies, why would you choose Ruby on Rails for your project? Well, you might have your own thoughts. Below are some reasons you must consider for choosing the ideal one for developing your idea.

Ruby on Rails is Open-Source

Ruby on Rails is an Open source platform licensed under MIT.  So you don’t need to worry about licensing fees. RoR integrates with most of the popular open-source databases and web servers ensuring faster development, fewer bugs at a lower cost of the overall development.

Ruby on Rails is Simple

Yukihiro Matsumoto, the chief designer of the Ruby, said

“Ruby inherited the Perl philosophy of having more than one way to do the same thing. It allows programmers to write code that’s concise and succinct, so they can concentrate on the problem itself. ”

RoR was built with an emphasis on productivity and simplicity. Its elegant syntax is natural to read and easy to write, which makes building much easier as well as enjoyable. This reduces the number of challenges you face in the early days of your start-up as there will be plenty of issues to worry about. You definitely don’t want one of those problems to be the system’s complexity. 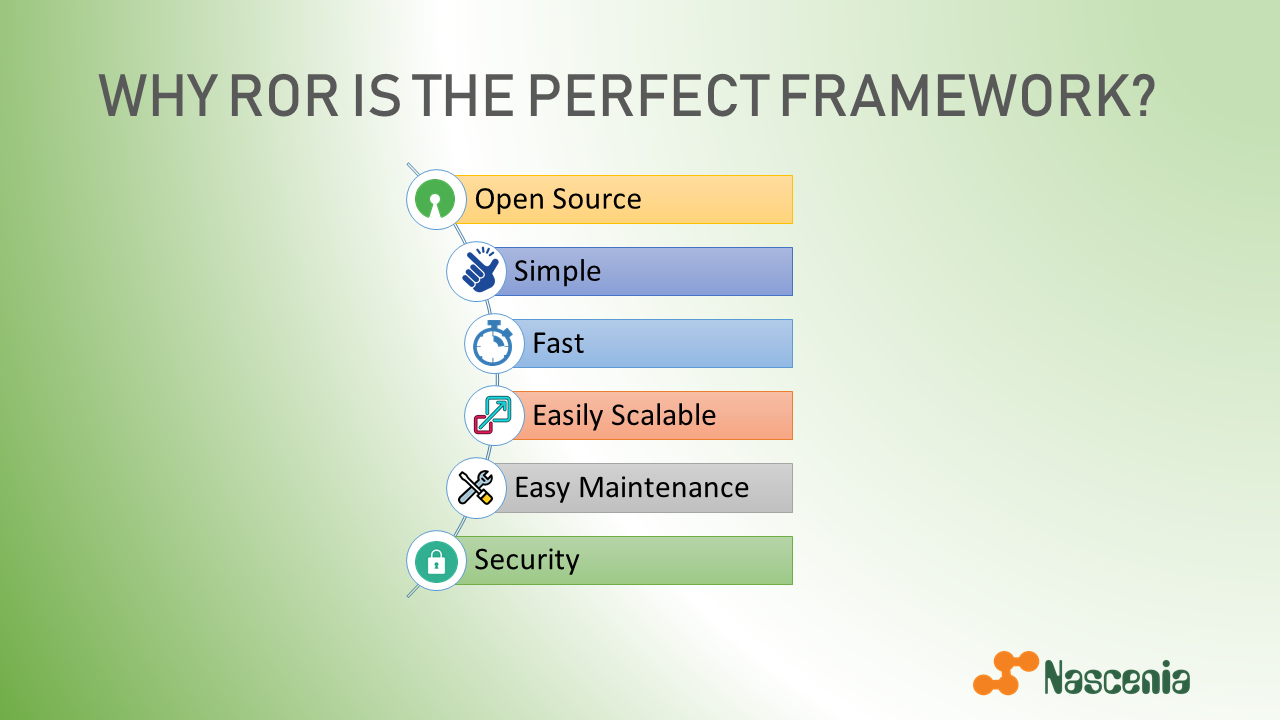 Developing with Ruby on Rails is Fast

RoR is fast for most of the categories of application. Rails supports rapid application development(RAD). The Modal View Controller (MVC) in RoR is beautifully implemented to focus on (DRY) Don’t Repeat Yourself. These principles help programmers work at a fast pace and reduce the time consumed on app development.

However, you’ll find concerns that Rails apps are not as fast as C or Java apps. Then why someone would choose Rails over other faster frameworks?

Well, it was found that what slows down the Rails software is bloat. To make your Rails app as fast as Java or C apps, you just need a highly qualified Rails development team. They’ll optimize the app for maximum performance. Also, they can even create your app under JRuby to make it as fast as Java apps.

Ruby on Rails is easily Scalable

As a startup, scalability is a very important concern for you. The good news is, RoR is a robust system that prevents you from worrying about the validity of your code. You’re not going to face sudden changes that could threaten the very life of your startup. With Rails, you can easily refactor and extend your app’s code. This makes it easy to add new functionality to your existing code. Rails have well-established conventions of coding. It will be easy for new developers who join your startup to quickly adapt the code in spite of the amount of legacy.

Another advantage of RoR is that it’s easy to maintain and change implementation. As it is based on the “don’t repeat yourself” (DRY) principle which discourages programmers from replicating their code. Rails also allows developers to encapsulate features in small modules or files so that each has a single responsibility. Such modularity makes the code read, understand and debug easier.

Ruby on Rails is a mature framework so it has fair security out of the box. Rails version 4 and above have mechanisms to prevent opportunistic hackers.

While the framework is not entirely free from vulnerabilities, once a security vulnerability has been detected by the developer community, solutions are initiated. It’s good to know that safeguards are in place, and we can actively shut them off in a safe way.

To summarize, if you want to bring your MVP quickly into the market without spending a lot of money initially, RoR can be a wonderful solution. Saying all of these, RoR is nothing but a tool – like many other tools for crafting your software. You need to choose the right team who knows how to use this tool effectively and efficiently. Otherwise, the edge of using this wonderful framework can go in vain.

If you need any help regarding RoR application development, you can drop us a mail, we have prior expertise of building more than 100 web applications using Ruby on Rails and have a dedicated RoR team of 30 persons (and we are growing🙂).