Nascenia Ltd, one of the leading software companies of Bangladesh, believes that team bonding is the key to success of any organization. It always works on providing a friendly and collaborative working environment. As a reflection of this ideology, Nascenia has launched a programming contest, titled “ Nascenia Programming Contest – 2018”.

The whole contest will be held in two rounds and the first round was held on March 30, 2018 (Friday) at the office premises of Nascenia. 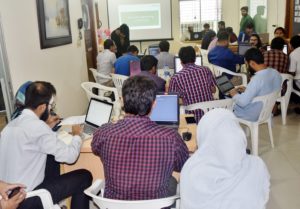 All Developers of Nascenia were invited to participate in the contest. They were divided into 6 teams each with a team leader and each team had 4 members There were three moderators also to look at the contest.

On the contest day, all the participants along with other employees were very excited about the event. The event place was decorated in a festive mood with balloons and banners. The contest began at 11 am and the duration of the contest was 2 and half hours. Every team was allowed to use two machines at maximum. They were given four different problems. 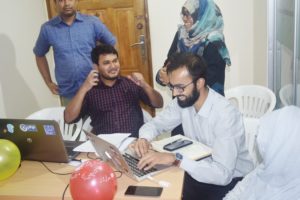 The contest took place in hackerrank. This is a free web application where anyone can sign up, practice, solve challenges and compete. The competition URL was: https://www.hackerrank.com/nascenia-contest-2018.

All the teams completed their tasks at the 1st round very enthusiastically. They all did very well and deserved appreciation. However, as per the rule of the competition, only the top three teams can go through to second round and final round. The results of the contest were judged by the system itself. 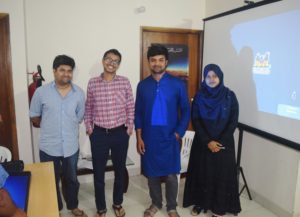 The second and final round of the programming contest will be held on April 06, 2018 (Friday) at the same place. And the winner team of the final round will be rewarded with an attractive gift.

[…] started the year by arranging a programming contest in our office. It was a lot of […]